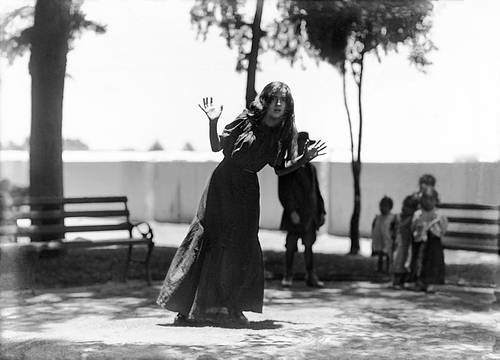 In 2010, to commemorate the 100th anniversary of its foundation, the Mexican government opened the photographic archives of ‘La Castañeda’, the largest, state-owned psychiatric hospital for the country’s mentally insane. It was originally built to host a total of one thousand patients, but its capacity was far exceeded to fit close to three thousand. It’s been suggested that it also functioned as a prison for political dissidents.

During its operating years (1910-1968), thousands of pictures capturing patients’ gazes, cries, raves and deliriums were taken. For the first time in history, the general population took a peek at the past of one of the country’s most sensitive issues: insanity.

The exhibition caused a great deal of stir and commotion, not only because insanity is a delicate subject for Mexican society and some of these pictures are graphically intense, but also because it realistically portrayed the existence of what is considered a parallel universe, a separate reality: the world of the mad.

What is most interesting is that these pictures were hidden from the public. Although their utter purpose is unknown, they probably functioned as part of “a proliferating system of documentation” amidst a “new and more penetrating form of the state” (Tagg, 1988, p.63). As John Tagg explains -and following Foucault’s earlier thoughts-, “the bodies – workers, vagrants, criminals, patients, the insane, the poor, the colonized races – […] were isolated in a shallow, contained space; turned full face and subjected to an unreturnable gaze; illuminated, focused, measured, numbered and named” (Tagg, 1988, p. 64). 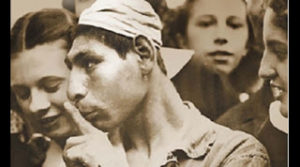 Reflecting upon Batchen’s ‘Epitaph’ in Burning With Desire: The Conception of Photography, the pristine pictures from La Castañeda are probably the best evidence of photography’s long gone “status as an inherently truthful pictorial form” (Batchen, 1997). My take is that because exhibition attendants knew the pictures were from the 20s, 30s and 40s, -and thus had not been altered- the amazement was authentic and genuine.  If the pictures had been from today, skepticism would’ve been flowing in the gallery.

Now, of course pictures from the past can be tampered with today. Under such thought, I’m afraid photography has lost all form of legitimacy as an “agent of truth”, but will nonetheless always remain a medium for art (because when was art ever about truthful, realistic representation?).