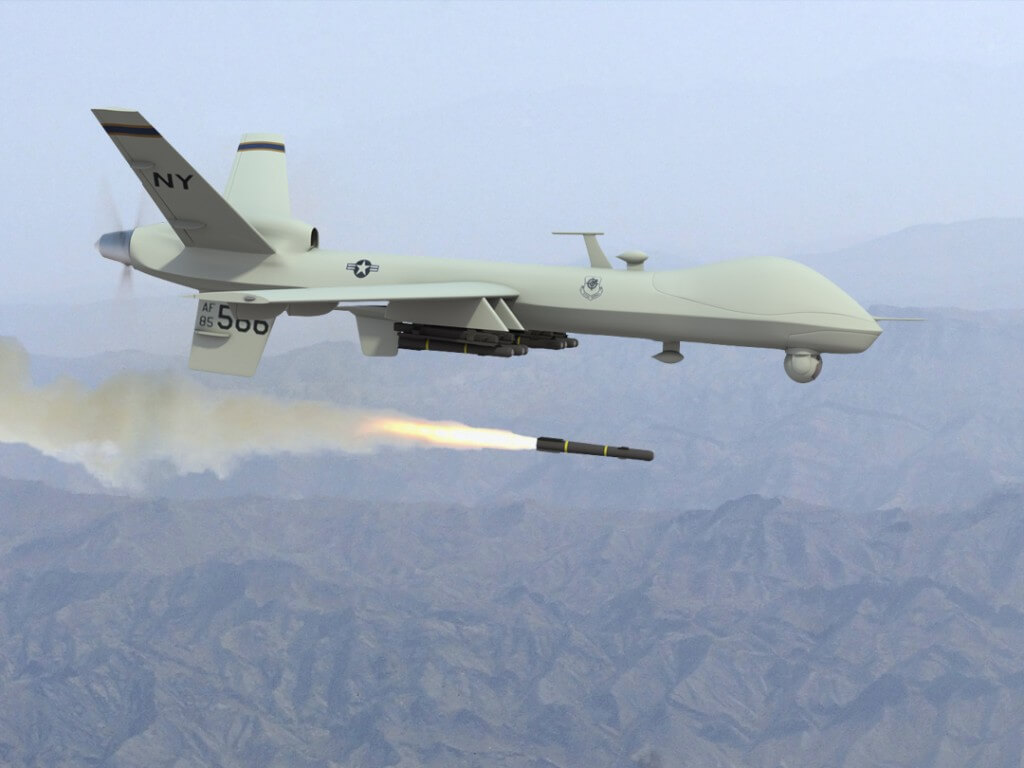 If humans establish a cybernetic relationship with weapons of war, the last barrier of decency will be lost. War will be reduced to a virtual, distant game. Killing, murder, destruction will be the corollaries of a joystick.

The Predator Drone is an unmanned aerial vehicle (UAV) used by the United聽States Air Force and the Central Intelligence Agency (CIA). It became the primary聽UAV used for offensive operations in Afghanistan and Iraq. Offensive uses of the聽Predator are highly classified.

Of what is known, the Predator can remain suspended in mid altitude for long聽hours, follow a subject or convoy, and launch weapons such as directed missiles聽and bombs. It is virtually commanded from an operations center by men staring at聽a screen and moving a joystick.

When we study cyborgs in digital cultures, we ought to be discussing the聽restructuring of power that cyborgs represent. We ought to be analyzing the聽reconfigurations of war and the changes in the armaments industries. These are聽the most sensitive and delicate subjects that should be challenged and often go聽unquestioned in academia.

If humans establish a cybernetic relationship with weapons of war, the last barrier聽of decency will be lost. War will be reduced to a virtual, distant game. Killing,聽murder, destruction will be the corollaries of a joystick.

The human capacity to take a moral distance from war comes from the direct,聽tangible engagement with it: the sounds, smells, heat, dead bodies and blood are聽all warnings that war is something unholy and unequivocally horrific. If those聽boundaries are erased by distance, if we cannot see the direct consequence of our聽actions, we will grow indifferent and war will become the effortless, indifferent聽pushing of a button.

Last week I learnt that the American military is manipulating real insects through聽biotechnology, flying bees via remote control and making them sting when聽wished. This is yet another example in which cybernetic weaponry constitutes an聽irresponsible disengagement with reality: let the bees destroy while we watch.

War cyborgs are the reflections of our childlike state. They reflect our incapacity聽for responsibility, bravery and honor. To relegate actions to a machine is to聽forfeit what it means to be human 鈥搕he capacity for conscience. Nothing is more聽important. It鈥檚 up to us to challenge these new developments. I leave you with the聽following question: what would happen if a ruthless dictator or government, of聽which there have been plenty in the past, got its hands on these kinds of weapons?聽How could the people ever fight back?