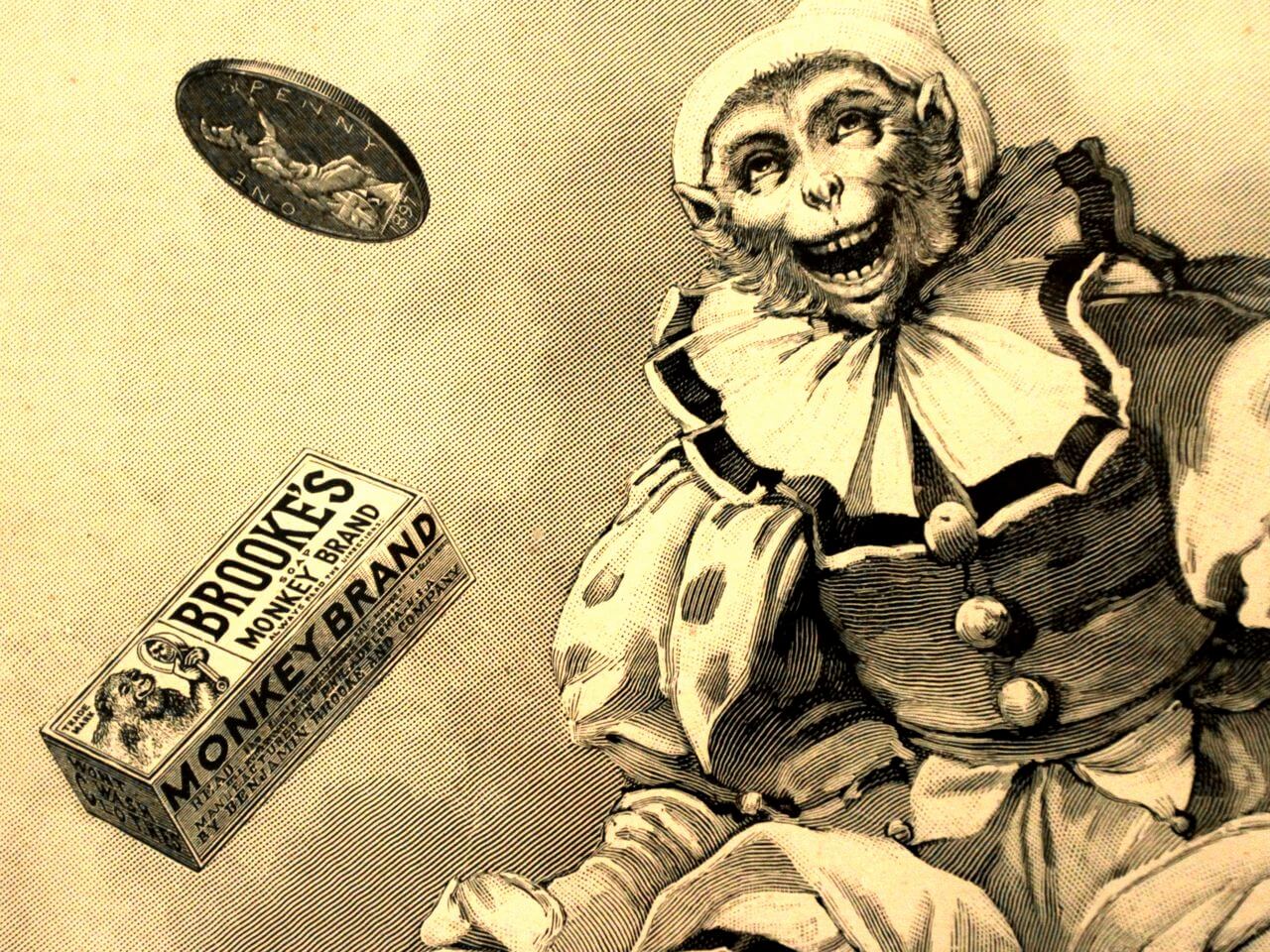 Anne McClintock argues that Victorian era advertisers’ raison d’être was not only commercial expansion, but also the legitimization of empire and race through a deliberate, cynical, homogenously coordinated cultural action.  “If all these new commodities were to be managed,” she says –mentioning Thomas Richards– “a unified system of cultural representation had to be found.” “In order to manage the great soap show” she goes on, “an aggressively entrepreneurial breed of advertisers emerged, dedicated to gracing each homely product with a radiant halo of imperial glamour and racial potency.”

It’s fair to say that imperial sentiment was running high in Britain during those days, especially considering the clash with other European empires (it has been said that nationalism is born out of rivalry rather than spontaneous pride.) But to argue that a “unified system of cultural representation” was elaborated in a Machiavellian manner is to reduce historical processes to an improbable and artificial fabrication.  It’s far more logical to suggest that racial and imperial symbolisms found in advertising were unconscious reflexes of a society in search of meaning amidst a violent economic adjustment –from agriculture to industry; from the local to the global.

In light of contemporary theories, such as those found in Umberto Eco’s The Open Work, we can hypothesize that different people interpret messages differently, i.e. the message lies in the receptor, not solely in the producer. It seems hard to believe that Victorian advertisers were so conscious of their historical context as to be able to mount an irresistible “commodity show” out of the blue, and receive the same positive, homogenous response from society. It seems more probable that gradual urbanization, the restructuring of society, and the emergence of new aesthetic forms were subtle catalysts for those forms of advertising.

The question remains today and is applicable to new forms of advertising that pass off as imperialistic: do advertisers deliberately and cynically fabricate them? Or are they victims of a more sublime and lofty process that uses them as escape valves?  In the former, advertisers are creators of culture; in the latter… they are byproducts.